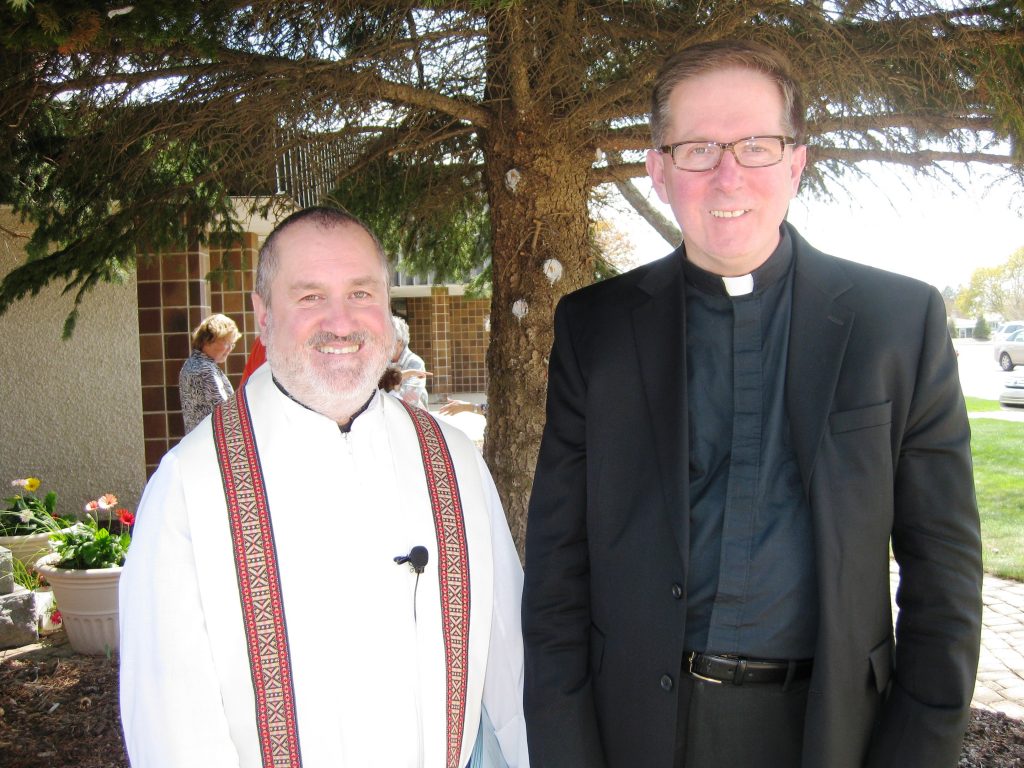 In early February, the West Side Detroit Polish American Historical Society commissioned renowned mural artist Dennis Orlowski of Hamtramck to begin work on a mural in the Society’s Heritage Room. The board of directors decided that a mural depicting scenes from life in Detroit’s historic west side Polonia neighborhoods would be a focal point and would help enliven the Heritage Room.

The board provided Dennis with a proposed vision in addition to numerous photographs and took him on a neighborhood tour. Because Dennis prefers to paint live people as opposed to painting from photographs, he asked nuns and young people (with their parents’ permission) to pose as “body models” and, while they were wearing religious attire or Polish dance costumes, he sketched their bodies in motion. He began work on the mural in March, and on May 3, Society members, family and friends, in addition to St. Colette Catholic Church parishioners, had an opportunity to get a sneak preview of the mural and also had the privilege of meeting and talking with Dennis.

The parish held its annual May Crowning on that date, after which an Ice Cream Social took place in the social hall of the Activities Center, where the Society’s Heritage Room is located. It was decided to hold the event on this day to tie in with the central themes of the mural, which are a Corpus Christi procession and a May procession. The Polish heritage traditionally has deep ties to the Catholic Church, and May is the month in the Catholic Church devoted to honoring the Blessed Virgin Mary as “the Queen of May,” with special Marian devotions (Majówki) that take place inside and outside the church. A May Crowning is a traditional Roman Catholic ritual that occurs during the month of May.

The afternoon began with Mass at 12:30 p.m. in the church followed by the rosary in five languages (French, Italian, an East Indian dialect, Polish, and English). As is customary, young girls in their First Holy Communion dresses had the honor of adorning a statue of the Blessed Virgin Mary with a crown of blossoms to symbolize her virtues, and fresh flowers were placed at the statue by parishioners. Hymns to Mary were sung and then all of the parishioners processed to the outside grotto, where Rev. Gary Michalik, St. Colette’s pastor and the Society’s president, led the group in prayer before the statue of the Blessed Virgin Mary. The young girls once again placed a floral crown on the statue of Mary and more hymns were sung. Everyone then proceeded indoors to socialize and enjoy ice cream sundaes and banana splits.

Participants ventured into the Heritage Room to observe some of the Society’s many archives, the design plans for the ultimate layout of the room, and a preview look at the mural-in-progress. Dennis and his lovely fiancée Susan graciously greeted everyone and answered questions about his artistic process and the goal for completion of the mural. Everyone agreed that the mural is a stunning work of art that completely captures our west side Polonia heritage.

In addition to the Corpus Christi and May processions, the mural contains dozens of historic west side sites and churches relevant to our Polonia neighborhoods. It also includes over 20 faces of actual individuals who lived in those neighborhoods. Those individuals or their family members have paid a stipend to have their images memorialized in the mural. The mural is being painted on a special material that is secured to the wall in panels, which can later be removed if necessary in the event the Society relocates its headquarters in the future. The mural is intended to be a lasting work of art. 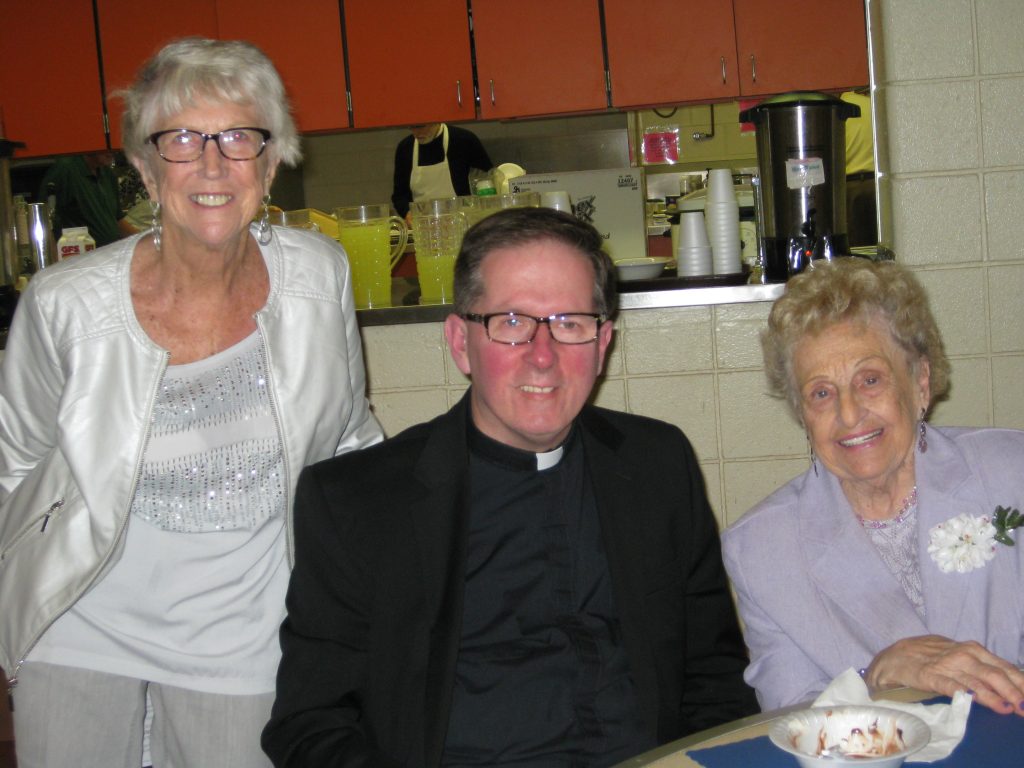 Dennis Orlowski was born in Detroit and received his early education in the Detroit Public Schools. When he was only 14 years old, he began to learn his art by watching a church artist at work. The artist, who was in his seventies, had painted opera curtains in World War I. This early exposure to a master at work left an indelible impression on the young Dennis Orlowski.

After high school, Dennis received a scholarship to study at the Art Students League of New York. While serving our country in the U.S. Army, he painted murals while stationed in Germany, and those murals still exist today. After his military discharge he attended the Center for Creative Studies in Detroit. He then spent a year in Mexico learning to paint frescoes under a former assistant to Diego Rivera and earned a master’s degree in painting from Wayne State University. Dennis went on to teach art in the Detroit Public Schools for more than 30 years.

Dennis has created more than 100 murals in southeastern Michigan in addition to the murals he painted in Germany and Mexico. He is well known for his murals in Hamtramck, including those in Pope Park, the Holbrook Café, and his intricate “History of Hamtramck.” His painting of the Madonna and Child for now Saint John Paul II’s visit to Hamtramck in 1987 drew media attention. One can receive an education on the complete history of Mexico in symbolism by viewing his unparalleled mural on a wall inside Detroit’s Mexican Village Restaurant on Bagley.

Dennis is a prime example of an authentic artist. As was recently observed in an article in the Observer & Eccentric newspapers, “Purpose and function in art are important to him.” He does not paint solely or primarily for the monetary aspect of painting, but rather for the meaning and the message in the work of art being created. His foremost goal is to do his best work.

The mural in the Society’s Heritage Room is bookended by a baptism and a funeral. From beginning to end, with imagery interwoven, it captures the essence of our west side Polonia.

Dennis’ son Andrès, also an artist, once told him, “Mural painting is one foot in architecture and the other in dreams.” With paint, a pure process, and a heart guided by truth, Dennis Orlowski brings dreams, visions, and memories to life.

The proposed completion date for the mural is sometime during the summer. The West Side Detroit Polish American Historical Society is honored to have a mural created by our own Dennis Orlowski, a true master artist, who has preserved our west side Polonia heritage as no one else could have done.