Stanley J. (“Staś”) Wiśniach was born on Detroit’s west side and was a musical prodigy. He started playing the accordion as a very young child and began writing musical arrangements at the age of eight. He formed his own orchestra at the age of nine and began playing for neighborhood gigs. He went on to win the Rudolph Wurlitzer Company talent competition at the age of 12, which made him a local celebrity. He won a brand new accordion and a week-long engagement at the Michigan Theater in downtown Detroit. A classical performer at heart, by this time he had mastered extremely difficult classical numbers on the accordion.

Staś went on to major in music at Cass Tech High School and the Detroit Institute of Musical Art, becoming the first and only student in the history of the Institute to major in the accordion. He went into the U.S. Army and became injured by defective equipment, falling 27 feet during a rappelling exercise, which resulted in a broken back and landed him in a body cast for a year. He was a disabled World War II veteran throughout his life, but being a natural performer and a ham on the stage, it didn’t hinder his career and didn’t stop him from performing such feats as playing the accordion while standing on his head. 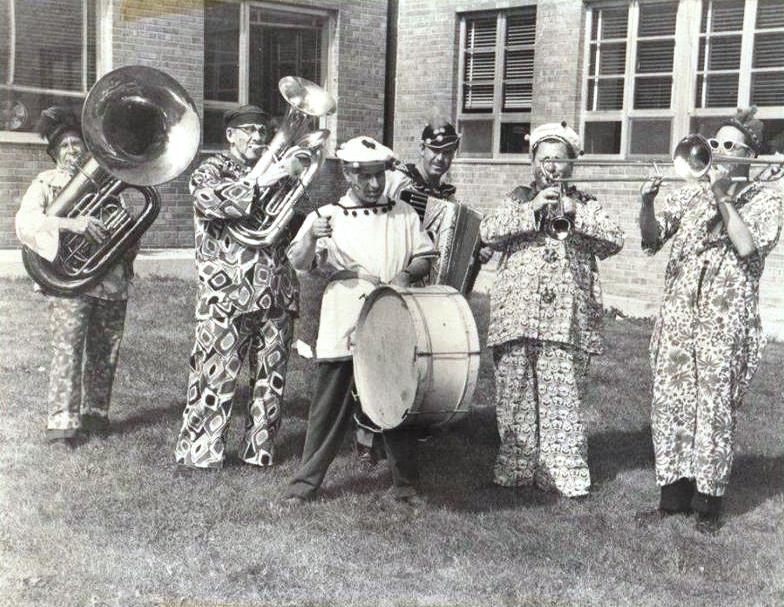 His big break came when he was discovered by WXYZ Television executives while playing at the Tip-Top Inn at 6003 Proctor at Kirkwood in the early 1950s. He was signed as leader of the Club Polka show orchestra and remained on staff. He also performed on the Soupy Sales show and on the Our Friend Harry show, a children’s program.
Throughout his 72-year career, Staś wrote and recorded numerous compositions and led organizations such as the B-Sharp Club, a musicians’ fraternal organization. He was honored with a multitude of awards up until his last days, including a governor’s award and the Michigan State Heritage Award. He co-founded the West Side Detroit Polish American Historical Society in 2006, at 82 years of age, a year before his death.