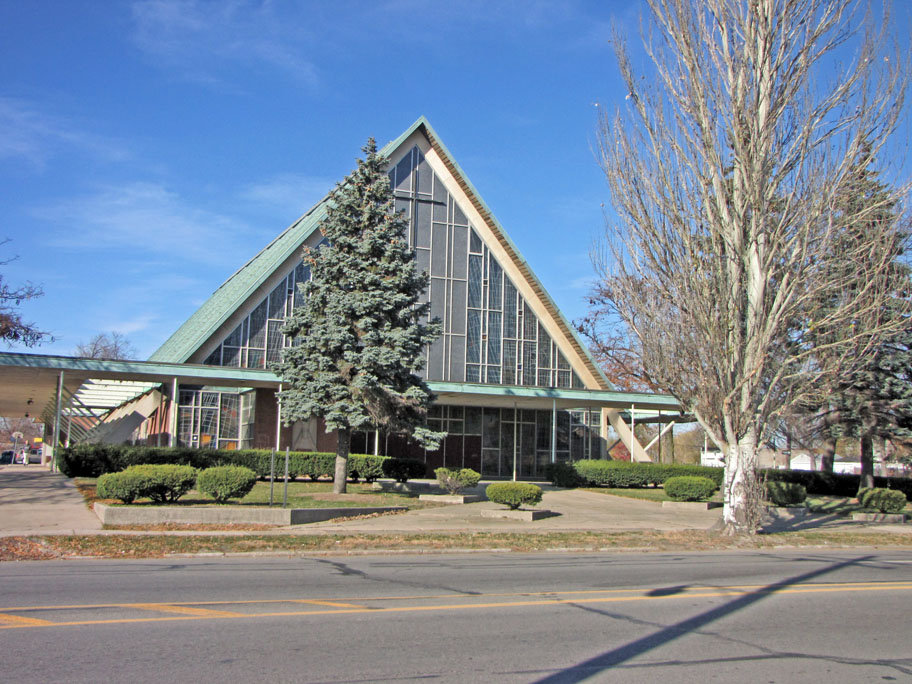 Ninety years ago, the Catholic Church at 7060 McGraw on Detroit’s west side was founded by residents of the McGraw-Chopin neighborhood, who established their parish in record time. The original church building was constructed in a remarkable 15-1/2 working days. St. Andrew’s first pastor was Rev. Maximilian Gannas (1920-1923). The Felician Sisters were present from 1926 to 2002 and there were 15 Felician principals throughout the years. In 1949, an activities building was constructed. The existing, current structure was built in 1956. Sadly, the church closed permanently in August 2008. Had it remained open, this year, 2010, would have marked its 90th anniversary.

To commemorate the anniversary, the West Side Detroit Polish American Historical Society and Ss. Peter and Paul Catholic Church in the Warrendale District of Detroit’s west side held a memorial Mass on Sunday, November 28, at noon. The Mass was concelebrated by Ss. Peter and Paul’s Pastor, Rev. Jerry Pilus, and Msgr. Stanley Milewski, Chancellor Emeritus of the Orchard Lake Schools, an alumnus of St. Andrew.

After the memorial Mass on Sunday, November 28, there was a cake and coffee reception in Ss. Peter and Paul’s reception hall. A beautiful cake made by WSDPAHS member and St. Andrew alumnus Lawrence A. Choraszewski was enjoyed by nearly 100 guests, and a display of St. Andrew memorabilia was presented by Society member and St. Andrew alumna Lorraine Kasper. WSDPAHS Vice President & Executive Director/Secretary Laurie A. Gomulka greeted everyone and thanked all for attending. Ss. Peter and Paul Business Manager Robert Janashousky expressed his appreciation to everyone and recalled his memories of St. Andrew. Msgr. Milewski spoke about his memories of St. Andrew, and many St. Andrew alumni reminisced about their memories of the neighborhood and attending school and church at St. Andrew. It was a delightful afternoon.